To whom it may concern, My name is Nathan Daymond, I am a Producer from Daytan Productions who has utilised the services of Matt Morris for three multi camera live stream productions; twice as a camera operator and once as a vision mixer. Matthew is extremely capable, has excellent communication skills, demonstrates a sound knowledge of television production and maintains a high level of professionalism at all times. As a valued crew member, I am confident Matthew will make a significant contribution to any role and strongly recommend him for employment. Kind Regards Nathan Daymond

My Husband and I just watched My Dancing Eyes together – thank you so much Matthew. Our Son has Nystagmus, there is so much for us to learn and we want him to be as independent and strong as he can be and encourage him, to be brave and do whatever he will dream of and all the experiences are helping us so much. Thank you for this incredible Documentary, the work, the outcome of this. Keep doing it, it’s great and we’re deeply touched and grateful.” 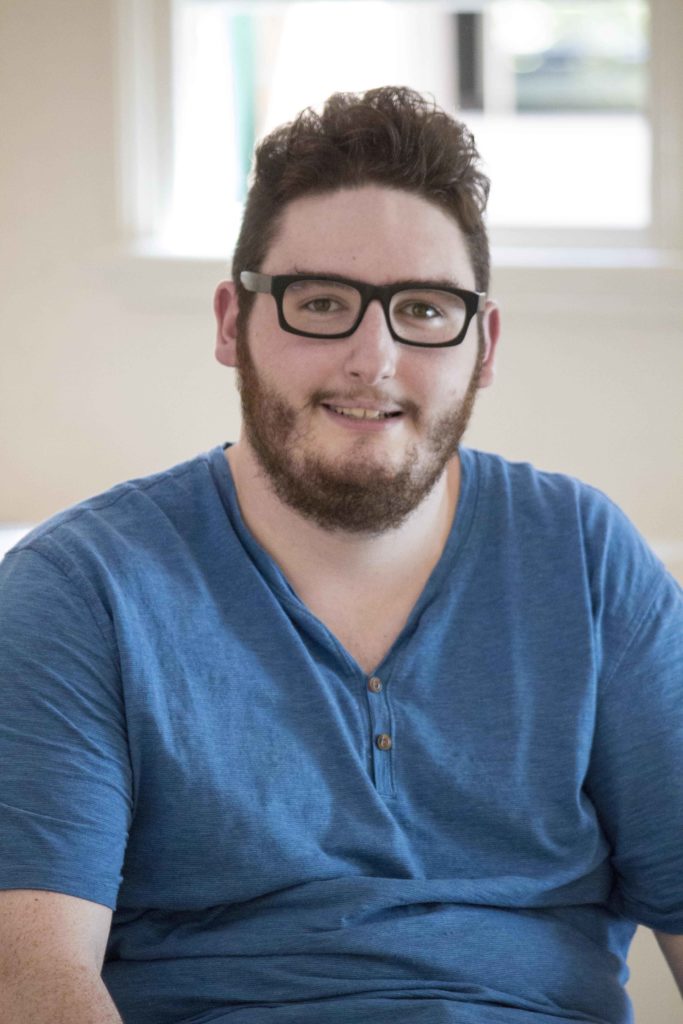 My name is Matt, and I’m a bold Screen & Media professional based out of Newcastle Australia. I have a driving passion for disability advocacy and factual narrative story telling. Born with Nystagmus (Visual Impairment),  Ive made it my mission to achieve despite my setbacks,

In early 2013 I began my formal training in the Screen & Media field combing my hobby with a career  and studied a CERT IV, Diploma & Advanced Diploma in Screen & Media at the Newcastle School Of Film And Television (TAFE).

My career has given me the privilege of working with some of Australis best corporate  brands and agencies; including New South Wales Ambulance, Headspace & Cancer  Council NSW just to name a few.

In 2019 I appeared in an episode of Superwog playing the role of an environmentally conscious car buyer who is told to leave by Theo Saidden aka Superwog.

I have gained numerous paid industry positions and built a reputation for being bold, professional and  forward thinking, these points are reflected in my most recent work when I decided to turn the lens to  a topic that is personal to me, Nystagmus.

Utilising materials and knowledge available to me I set out to explore the condition in a way that is modern, selfless and inclusive. The goal was to democratise the filmmaking process and turn the control  over to the participant to tell their story. For this we utilised emerging technology such as Smartphones, and

developed a set of tools and guides to make the film accessible to anyone, with any skill set. As a creative, my ambition is to do something that scares me, I believe this mindset is essential to progressing  in my field, as is something that sets me apart from the rest.